Is there a mandatory Eurolotto distribution?

Posted in NEWS by bluemouse781 • No Comments

At the Eurolotto or Euro Jackpot, no lottery player has hit the jackpot in past draws. How long is this possible? And what does that mean for the current draw? All information on statistics, history and forced distribution can be found here.

Lotto players can hope again on Friday (07.02.2020) to set the German winning record in the Eurolotto. Because last week's euro jackpot of 84 million euros was not cracked in the last draw in Helsinki.

Maximum amount of the Eurolotto Jackpot and statistics – how often has the jackpot been hit?

Since the start of the Euro Jackpot in 2012, the European lottery has reached the statutory upper limit for the tenth time. In May 2015 and October 2016, one player each won the 90 million euros.

Just a few weeks later at the turn of the year 2016/2017, five Eurolotto players from Berlin, Hesse, Lower Saxony, Denmark and the Netherlands shared the 90 million sum, whereby each of them received 18 million euros, as “lotto.de “reports,

How long has the jackpot not been drawn and how does Eurolotto work?

If you want to try your luck, you can easily join the Eurolotto. To win, you need a total of seven correct winning numbers. To do this, you only have to tick five numbers between 1 and 50 on your lottery ticket and an additional two euro numbers between 1 and 10. You should hand in the Eurolotto ticket as soon as possible Example at 6.30 p.m. If your numbers have actually been drawn from the lottery drums “Venus” and “Pearl” in the current draw, you have hit the Euro Jackpot. At the next drawing on February 7th, 2020, the Euro Jackpot is again at a maximum of 90 million euros. 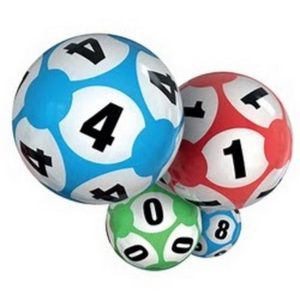 Lottery players from 17 countries take part in the Euro Jackpot every week. These include Germany, Denmark, Estonia, Finland, Iceland, Italy, Croatia, the Netherlands, Latvia, Lithuania, Norway, Sweden, Slovakia, Slovenia, Spain, the Czech Republic and Hungary. The lucky numbers include the 5 that was drawn as the first number at the 2012 Euro Jackpot and the 19 that was drawn most frequently.

Is there a compulsory payout on the Euro Jackpot?

Unlike the lottery, for example, there is no compulsory payout for the Euro Jackpot. If the jackpot has reached its maximum level of 90 million euros, it is capped and remains until one or more players have correctly typed all seven winning numbers for winning class 1. In addition, the total increases in profit class 2. In the current drawing with the record amount of 90 million euros, every euro used will flow into the 2nd prize class and form a new jackpot there – which will be equipped with 22 million euros on Friday, November 9, 2018.

There is also the possibility of winning the 90 million euros without hitting the jackpot.